Looking for something a little different and also learn a little history whilst in Phuket then a trip into Old Phuket Town should be on your list.

Phuket has a rich history as a tin-mining country peopled by Siamese, Chinese, Malays, Indians, Eurasians, and sea gipsies. A unique community in Phuket are the “Baba”, with their own way of life, language, dress, and food. The core of this community was formed by early unions between Hokkien tin-miners and Siamese women. This distinctive Baba heritage can be seen in Old Phuket Town.

In the 18th century, much of the island’s tin mining was carried out by Hokkien Chinese who became the big players in building the old part of the city. In the early 20th century, under Governor Phraya Rassada Nupradit, major European mining companies were invited in, and the major public infrastructure such as roads and canals were built. No one knows exactly when the first building in this style was constructed, but old photographs from the reign of King Rama V (1853–1910) show that it was already well established by then. Two styles of building, in particular, stand out: the shop-house (Sino-Portuguese style) and the big mansion (Sino-Colonial style). 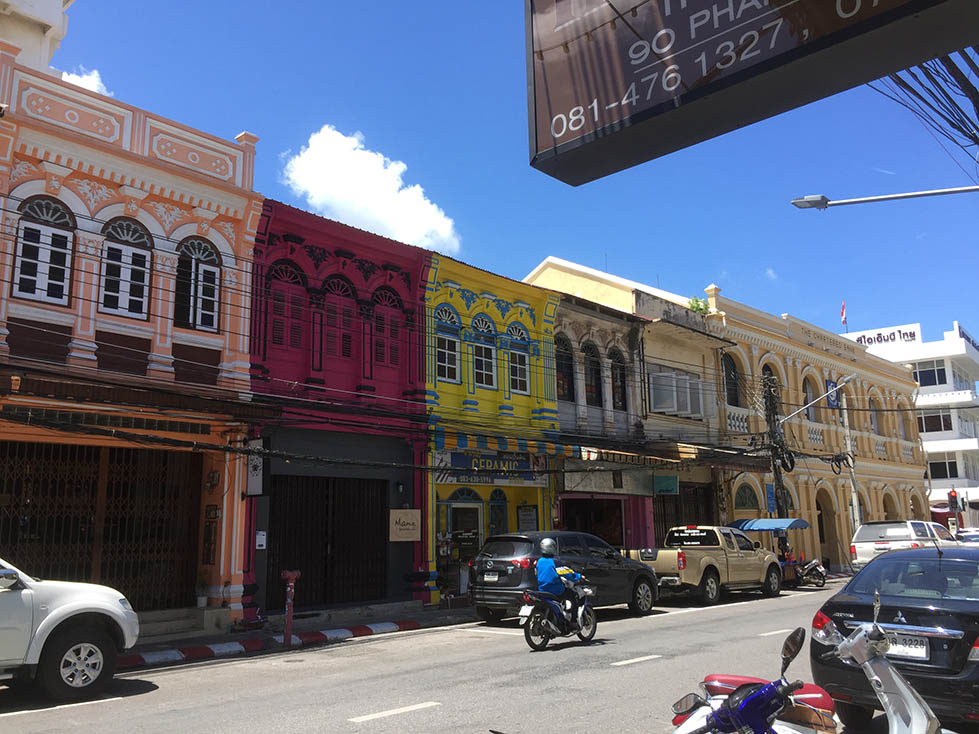 Old Phuket Town has come alive again with the restoration of some of the Sino-Portuguese shophouses and with the removal of some of the ugly overhead wires and the creation of walking trails marked on the sidewalks which you can follow. Walking maps pointing out the stores and points of interest are available in many of the stores. 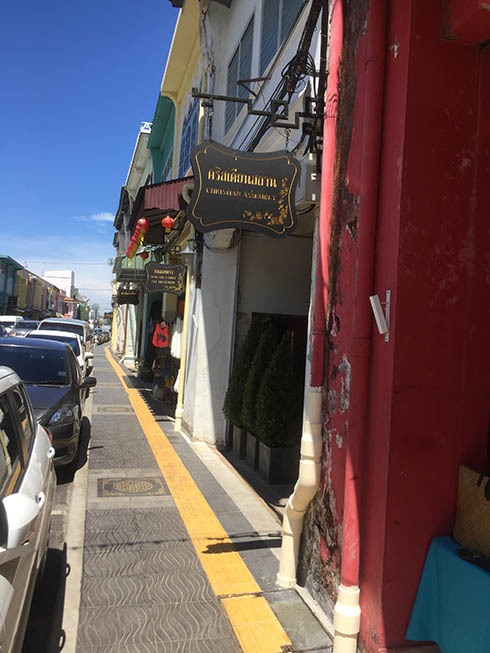 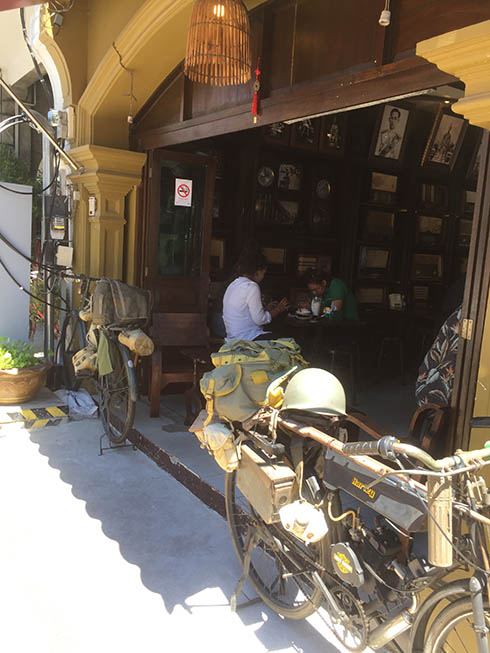 There is a mix of traditional stores such as herbalist, batik fabric stores, general hardware alongside Museums, art galleries, cafes, small restaurants and bars where you can also find some live music. The art scene (http://bit.ly/2h23h11) in Old Phuket Town is growing and by following the walking map you will find an interesting mix of galleries and local craft stores mixed amongst the traditional stores.

I’d suggest going later in the day as when I was there in the early afternoon many of the stores and cafes were closed, so plan to come and make a night of it viewing the galleries, stores and enjoy dinner and some live music. This is a very laid back scene compared to the western side of the island.

Sunday evenings there is a Street Market on Thalang Rd, the traffic gets diverted so its pedestrians Old Phuketonly which makes way for a street full of stalls selling clothing, arts/crafts, antiques, snacks and lots, lots more and of course the interesting live entertainment as you wander through.

Best way to visit is to hire a taxi who will take you there and wait until you are ready to come back all for a set cost. The Chava can organise the taxi for you so just see the Front Desk.

Enjoy your time in Old Phuket Town where you will experience a little of the history of Phuket whilst mingling with locals and tourists alike in a fun-filled laid back atmosphere.