Why Families Choose Surin Beach For Their Holidays 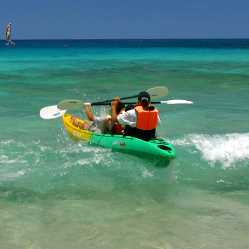 Families choose to take their holidays at Surin Beach in Phuket

due to the great weather, the beautiful beach and the relaxed, friendly village atmosphere. It is also chosen due to its great location providing families the ability to explore the rich and varied history, culture and family friendly attractions that are close by.

Surin Beach is on Phuket, the largest Island of Thailand

The island sits like a small pearl to the south west of Thailand, and is connected to the mainland by a bridge. It is frequently referred to as “the pearl of the Adaman Sea”

Phuket is just 48 kilometres from north to south

and 21 kilometres east to west, so it’s very easy for families to explore themselves either by taxi, hiring a car or by scooters.

There is much to do in Phuket

to keep families entertained such as Splash Jungle a fantastic water world, the Flying Hanuman that takes you on a zip line adventure through the tropical rainforest, elephant rides, mountain bike tours, Tiger Kingdom where you can get up close and personal with Indochinese tigers, Go Carts, Mini Golf, water sports, boat excursions to the many smaller islands where there is great snorkelling and scuba diving.

Then there is the History of Phuket which is interesting and varied as for many centuries it was an important trading post being on the eastern shore of the Bay of Bengal, with shiploads of goods coming and going from the Arab and Malay worlds, as well as India, Burma, China and Siam. Then in the 16th Century large tin deposits were discovered and Phuket was colonized by the Portuguese, French and British as it has played host to foreigners since Phuket Town was founded in the 1st century B.C. by colonists from India.

Many mansions showcasing the fine Portuguese and Chinese craftsmanship were built in Phuket Town during the tin mining boom and these incredible Sino-Portuguese architectural displays have been restored can be viewed in Phuket Town’s Old Town district.

There is also the Heroines Monument just 15 mins from Surin Beach, which pays homage to the courage of the women of Phuket who defended the island against a Burmese attack.

The population is made up of approx 71% Thai Buddhists, 24% Muslim most Malay descent and 4% Sea Gypsies.

There are many Thai Temples in Phuket (known as wat”s) such as the Big Buddha the most well known measuring 45 mtrs high and 25 mtrs across the base, Wat Chalong the busiest and most ornate, Wat Phranang Sang the oldest.  There are also a variety of Mosque the closest being at Karon.

Surin is a small beach side village

and the locals are friendly and welcoming. The area is low key and safe and easy to walk to the many local restaurants and small shops.

With anaverage highest temperature of 32 C and the lowest a comfortable 25 C, packing is easy.

For a family holiday location that has it all Surin Beach

is hard to beat with a diverse and interesting history, culture, wide array of activities and attractions close by – the only difficult thing will be to lure the family away from the pristine waters and golden sands of Surin Beach to explore the rest Phuket has to offer.

That is why families choose Surin Beach for their holidays. Join at The Chava Resort and discover this spectacular destination for yourself.